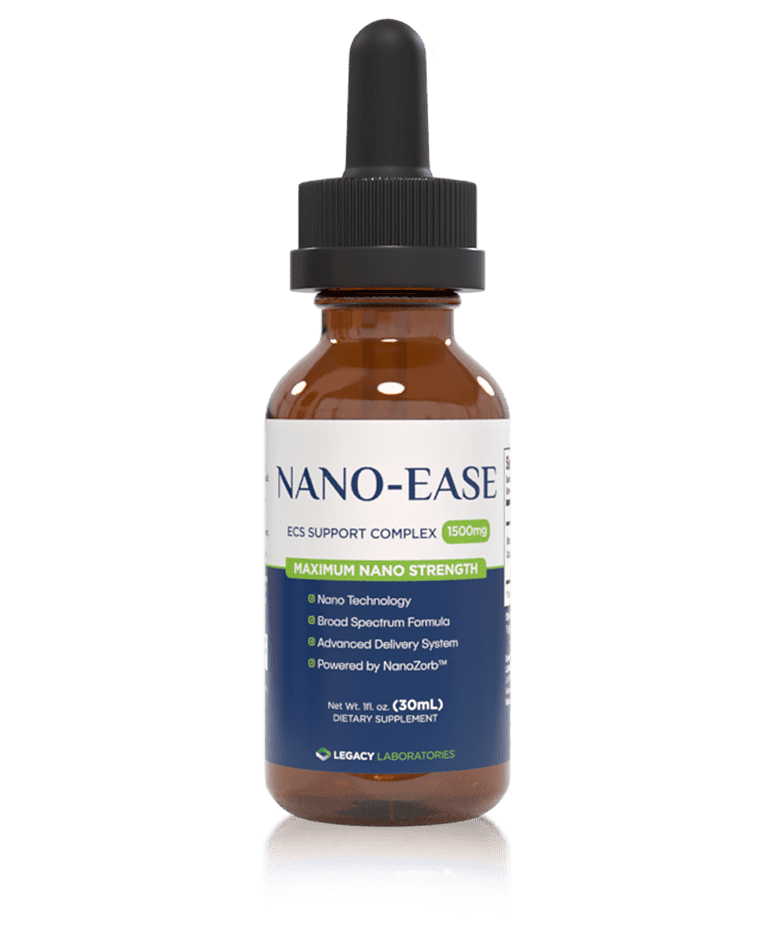 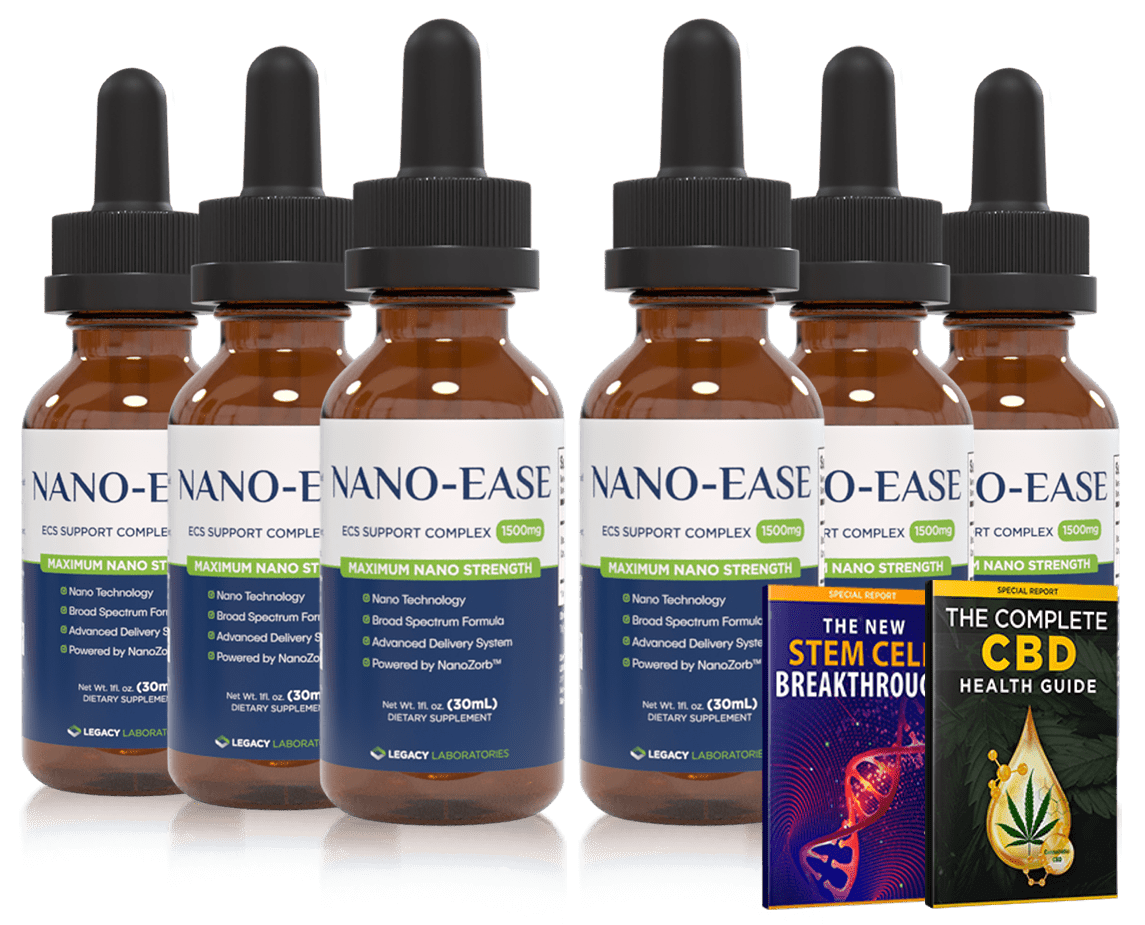 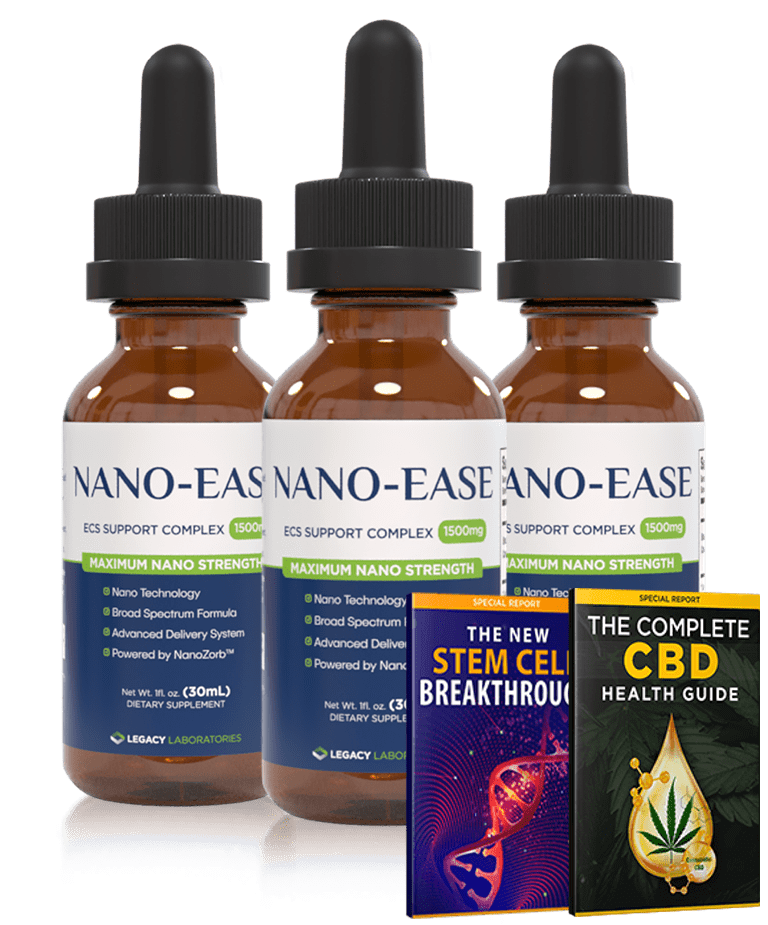 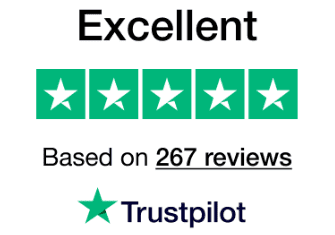 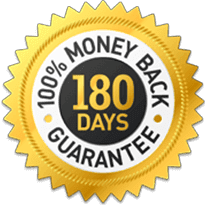 It works like this: Begin using Nano-Ease now, and FEEL it get to work. You'll notice your pain and inflammation disappear, your energy levels improve, more restful sleep, and reduced stress.

But if for any reason you're not happy with your results, simply email or call our U.S. Based Customer Service Team 24/7, and we'll give you a prompt and immediate refund with zero questions asked.

The best part? You don't even need to go through the hassle of sending the open bottles back! They're yours to keep as our way of saying "thanks" for trying it out.

In this easy-to-understand Special Report, you’ll discover every detail of how CBD boosts your health...

Including an expose on why the Feds made it almost impossible to talk about CBD even though they filed a patent on it 20 years ago claiming CBD has significant neuro-enhancing potential.

In other words, it’s a major memory-boosting molecule. A judge for the DEA once called it: “The safest therapeutically active substance known to man.”

In this special report, you’ll discover the government-patented technology that’s been used by thousands of patients for almost every health concern imaginable...

Normally, this research goes for $39.95. But today, you’ll get it in your inbox free of charge. It’s completely on the house.

And that’s just for starters…

I haven’t even mentioned how CBD is a stem cell powerhouse. There’s almost nothing stem cells can’t do.

They help restore brand new tissue… like in your brain, heart, lungs, and pancreas.

Simply by empowering your body to repair itself!

You’ll get the latest research on stem cells… all in this latest, cutting-edge, new Special Report, The NEW Stem Cell Breakthrough, completely free-of-charge.

That’s two free Special Reports that you can download as PDFs, normally priced at $79.90, that you’ll get completely free.

This product has absolutely changed my life. I used to get so overwhelmed by pain, and then after I started using Nano-Ease, I just feel incredible. I'm so happy that I was able to get some of this brand new rare product! I have told my friends and family about this. Don't miss out on this stuff!

In my life, managing pain is an issue. Nano-Ease is my solution. This is designed to combat pain and inflammation. It's different than any other CBD products I've tried. It works faster and it's more powerful. There's all sorts of high technology research and science that's involved in this, but it's got words I can't pronounce. What's important, though, is that it contains amazing ingredients that help with my pain. It's on the website. What matters to me is the results. This is fast acting and effective. This product is changing lives. It changed mine. Maybe you can change yours too!

Nano-Ease, you have to try this stuff out. It is amazing, it is not just any normal CBD product. It's a new CBD mixed with nanotechnology to make it work better than any normal CBD. I tried a lot of CBD products and this stuff works almost instantly! With all the stress, with all the things that are going on in life and just needing to feel relaxed. You just take this and you're going to feel good. It's definitely helped me out in my life.

Claim Your Discounted Nano-Ease
Below While Stock Lasts!

How does Nano-Ease work again?

Nano-Ease works by flooding your body's endocannabinoid system with CBD and over 100 other cannabinoids found in our broad-spectrum hemp, much like filling the gas tank in your car. As you get older, your body becomes unable to produce enough cannabinoids to fill up this system to tip-top shape, which results in pain, inflammation, and various other negative effects.

Nano-Ease contains the MOST POTENT, bioavailable and plant-based cannabinoids, thanks to our high quality nano broad-spectrum hemp, allowing your body to significantly reduce pain, inflammation, and stress for as long as you're taking Nano-Ease.

Nano-Ease contains the highest quality non-GMO broad-spectrum hemp sourced from hemp plants that are grown using organic practices. It's been shown to significantly reduce pain and inflammation, as well as reducing stress while providing one of the best sources of natural cannabinoids in the world.

What can I expect from Nano-Ease?

Most people feel much less pain and a significant reduction in inflammation after the first few days. And MANY of our customers are delighted to find that it will reduce stress, as if a weight has been lifted from their shoulders.

What happens when I choose my package below?

Once you choose your package, you'll go to our secure checkout page.

Then you just enter your payment information and place your order.

After that, you'll receive your order in the next 5 business days...

Which means you're less than a week away from starting your journey towards better health.

How do I take Nano-Ease?

It couldn't be easier! All it takes is one dropper of Nano-Ease from the tincture. Nano-Ease can be taken at any time throughout the day or night. You can even take more than one serving to see even better results.

Can you remind me of your guarantee?

Great question! And it couldn't be simpler. Just try Nano-Ease for yourself for 180 days. And if at any point during those first 6 months you're not 100% satisfied for any reason (or no reason at all), just let us know and we'll happily return every single dime of your investment.

No hassle. No questions asked.